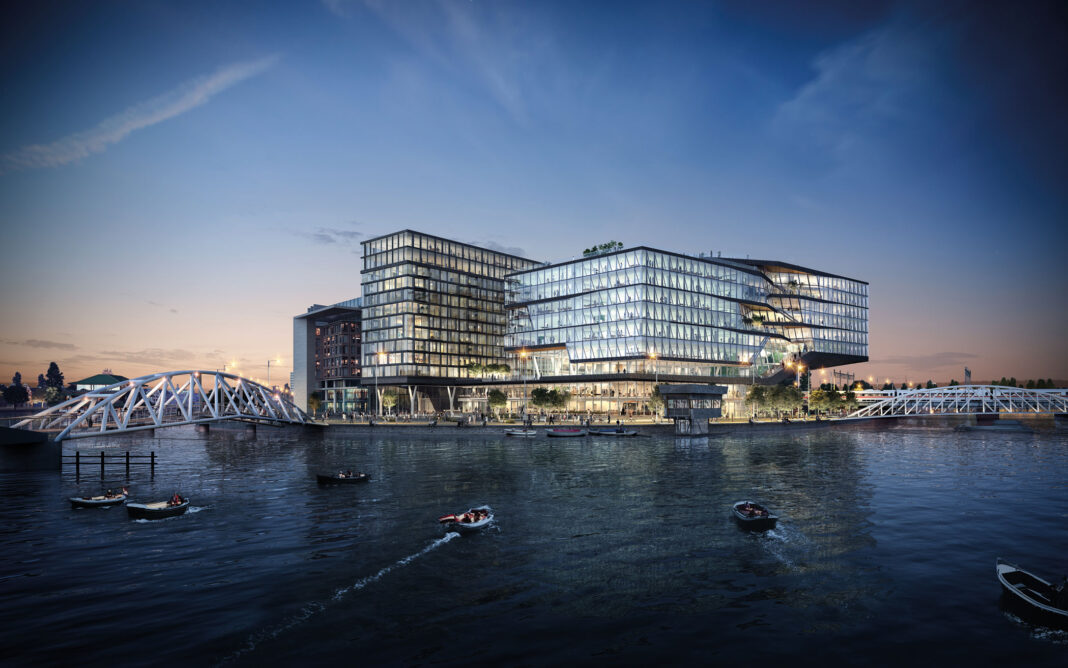 Ben van Berkel is considered as one of the best architects of our time. He is a master whose imprint is visible all over the globe and include the Mercedes-Benz Museum in Stuttgart, Arnhem Central Station in the Netherlands, the Raffles City mixed-use development in Hangzhou, the Canaletto Tower in London, a private villa up-state New York and the Singapore University of Technology and Design just to mention a few. Current projects include the design for Doha’s Integrated Metro Network in Qatar, ‘Four’ a large-scale mixed-use project in Frankfurt and the Wasl Tower in Dubai.

Ben van Berkel has lectured and taught at many architectural schools around the world. Currently he holds the Kenzo Tange Visiting Professor’s Chair at Harvard University Graduate School of Design, where he has led a studio on health and architecture. In 2017, Ben van Berkel also gave a TEDx presentation about health and architecture. In addition, he is a member of the Taskforce Team / Advisory Board Construction Industry for the Dutch Ministry of Economic Affairs.
His extensive contribution to architecture has not gone unnoticed and has received many personal awards and affiliations such as the Eileen Gray Award (1983); the British Council Fellowship (1986); the Charlotte Köhler Award (1991); Member of Honor of the Bund Deutscher Architekten (1997); the 1822-Kunstpreis 2003 (Mercedes-Benz Museum, Stuttgart) (2003); the Charles Jencks Award (2007); and the Honorary Fellowship AIA (2013).
In 2018 Ben van Berkel founded UNSense, an Arch Tech company that designs and integrates human-centric tech solutions for the built environment.

Atelier had the honour to discuss with Ben van Berkel his philosophy, his interpretation of architecture and projects in the pipeline.

“Architecture has evolved and changed a lot, but I do believe that some of the changes were forseeable “

What is architecture?
Architecture for me forms and guides people’s behaviour. I do believe that architecture actively contributes, not just to the people within the property, but towards the city in general, and the people within the city. The most important set of questions in architecture, prior to designing a building are always numerous: What can this building do for the people near and within it? How can you bring people together? How do you excite people? How to create social communities within the city, for example? With architecture, how can you connect people, or help ameliorate people’s behaviour with their surroundings?
The good thing about architecture is that it can improve interaction and community-building. It does help that, when an architect takes into consideration the right context, the right background and the right people, well-designed buildings just ease and fall into place.

Why do you consider architecture a discipline rather than a profession?
It’s actually a bit of both. I’m obviously invested in the private practice of architecture, but I also am a University professor and teach the subject, so I’m attuned to both fields.
In my own practice, I also do so much research in the studio, in order to continuously improve, innovate and make our buildings even more efficient. We always work and strive to go forward, and see how we can enrich the buildings we create.

In what way has architecture evolved over the past decades?
Architecture has evolved and changed a lot, but I do believe that some of the changes were forseeable. For example, I had already predicted back in the 1990’s, within my own company, that architecture should incorporate much more specialists in a multitude of aspects, and that architecture in the future will be much network-based then never before. Before, you used to sit together with a client, and you never had these specialities being considered in the design phase. Nowadays, it’s different, and thanks to technology, you can simultaneously discuss a multitude of aspects with different specialities in mind in the initial stages of a project.
The way how architecture has expanded, with new topics and discussions around areas such as sustainability, energy transition, health, efficiency-models and economical models, is incredible. In the case of the latter subject, this is especially true. Nowadays you have clients who already start asking about the cost of your intended sketch designs within the first week.
It is within this context that one can argue that architecture has significantly changed a lot in its approach, when compared to the past.

You also previously stated that glass is the most exciting material to work with in the built environment. Why?
The nice thing about glass is that, in a way, there is no material needed for it to function. Glass can enrich inside and outside communication of a building, while simultaneously aiding the energy-efficiency of a building by retaining it.

I recently read that you were attracted to architecture after visiting the Katsura Palace in Japan. How do elements like science, art, literature, psychology, and particularly ideas related to perception fit into your work?
For me, I always liked the idea of picking the brains of different scientists and philosophers, while incorporating their thoughts and ideas as elemental parts of our work. For example, in the beginning of the 2000’s, there was this wave of people who followed the philosophy of notable people like Gerard van der Leeuw, and also famed Viennese neuroscientist Eric Kandel, who subscribed and reinterpreted Sigmund Freud’s theories. Kandel discussed a lot the relationship between culture and psycho-analysis, and it’s a fascinating discussion which I find is integral towards the discussion of modern architecture.
I have been fascinated and interested by these aspects of perception and culture, and I think that, while on one hand we can do so many things with technology today, on the other hand we must also look and acknowledge the cultural effect of architecture.

You once pointed out that as an architect you almost have to be a bit clairvoyant. Can you elaborate?
As an architect you have to train yourself in predicting, and speculating the aesthetics of the near future. I do that a lot with my sketches. I try to imagine how things could be or look like in a decade’s time. I think that it should be part of our profession. If you sketch a building today, and you have to develop a big project, the design process may take up to two years, and the construction phase may take another four years. So from the time the building is designed, to the day the Project is finished, it can take up to six or seven years. Therefore, you always need to speculate on how the world is going to be in seven years’ time. But I train my mind sometimes to go even further and think ten and twenty years ahead.

Does physical model making or sketching designs by hand still have a role to play in the current digital world we live in?
Of course. I’m not a person who sketches out every detail of the Project, rather I like receiving suggestions and discussing general concepts, from which diagrams and concepts emerge. But yes, I do sketch a lot. Models are still integral, and sketch models still remain an important part in the designing process of any building. That’s quite a standard process in our company.

How would you define spring from an architectural point of view?
I love spring, as I consider it as the ideal time when nature is in full development. Spring resembles a level of optimism and colourful aura that one cannot miss. It resonates with me personally, and brings a more joie de vivre that encourages inspiration to all, including us architects.

Any projects in the pipeline?
We have many projects. We’re currently designing the Booking.com Headquarters in Amsterdam, a new type of office for more than 7,000 employees, which will help a new concept of work environment come to fruition.
We are also working on a new project in Melbourne, and a very interesting data-oriented housing project in the south of the Netherlands. We’re also working on numerous other projects in the meantime, so watch this space!