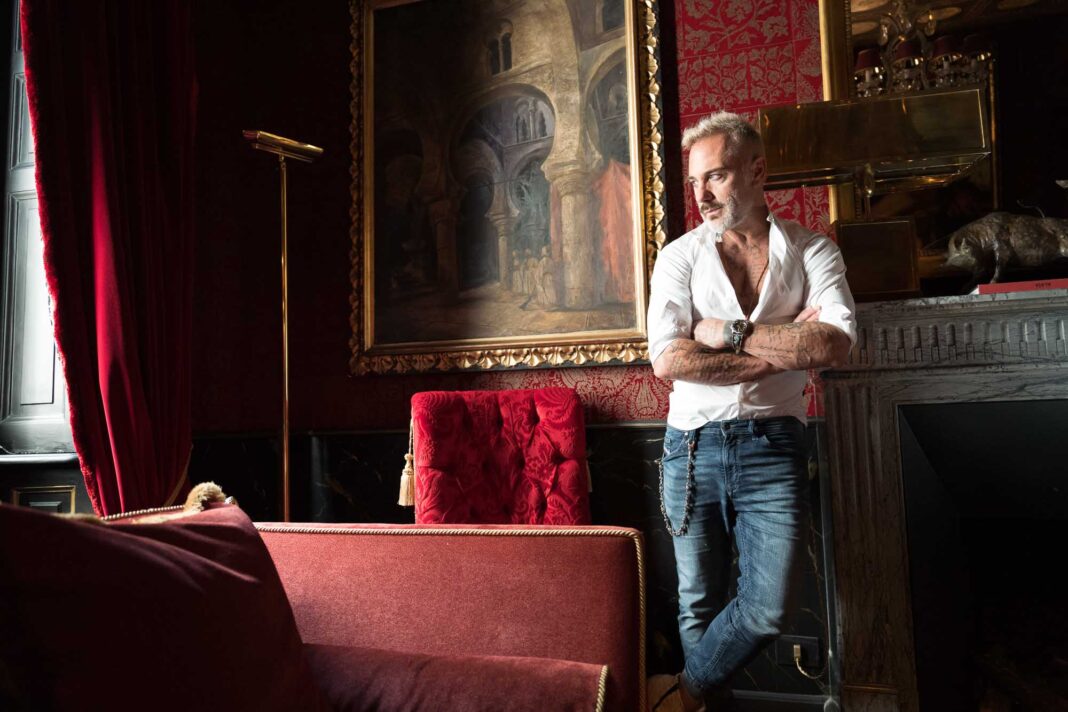 Entrepreneur. Social media star. DJ. Producer. These are all but a few of the many different ventures that this man has under his belt. Gianluca Vacchi is a world renown personality; an individual known a lot for his social media presence. Whether it is Instagram, Facebook or Tiktok, the man has racked up a combined total of 36 million followers on his platforms for his creative and comical short clips which showcase his dance moves, his humour, as well as an insight into his personal life. In an interview with the acclaimed internet sensation, we take a look at not only what people see on his social media accounts, but what makes him the person that he is from behind the scenes as he discusses the past, present and future of Gianluca Vacchi.

Gianluca recounts the origins of his entrepreneurial history that dates back to his grandparents ventures in the machinery packaging industry. “I come from a family of entrepreneurs that made their first fortune in between the Second World War.” This family of entrepreneurs grew their business when the Vacchi family decided to invest in the building construction sector in the 1980s, a sector that was on the decline. Up until this moment, a young Gianluca Vacchi was a professional skier, who transitioned his life into his family’s business and became an entrepreneur. The switch did not just happen overnight, he had stated how his dream was to become a businessman.

In his 20s, Gianluca along with his cousin, made a series of smart investments to gain ownership of their family business, which saw Gianluca transforming the company as head of investor relations and later strategic development. By the age of 29, he decided to take a step back from his active involvement in managing the company and relinquished his managing responsibilities to his cousin. From here Gianluca would spend the next twenty years in private equity where he would buy and sell companies for profit using the funds he had earned over the years.
“I have created startups, I have had turnover cases, I evaluated growth potential. In total I had companies in 12 different sectors”.

Having reached his 40s, after heavily exhausting the entrepreneurial world, working tirelessly day by day, Gianluca Vacchi did not feel the same energy to manage his companies and felt that there was a need for a change in his life. “My life was not moving my curiosity anymore. I am not a money driven person, so I realised what I was doing was not something that made me excited.” Around the same time, Gianluca was introduced to the world of social media. For a person who had no idea what Instagram was when first told about it by a friend of his, he slowly realised that by incorporating elements of his personal life and life philosophy, and fusing that with the social media trends and interests, he could become an entertainer.

He would soon in a short period of time gain worldwide recognition, as he simply put it ‘living the philosophy of his life’. “My life was always driven by the idea that we do not have enough time to live a life that someone else wants us to live.” He commented on the fact that he did not want to be a traditional individual fitting into a preconceived norm, but wanted to rewrite the rules of life. “I began to show that in life you can show something serious by doing something silly.” His mix of trivial, mundane routines, coupled with a humoristic element, whether it was a dance or acting comical, allowed him to be an inspirational character to his younger audience who were tired of their day to day.

“The biggest challenge is finding middle ground between the desire for the level of professionalism that is seen abroad and maintaining relationships with people in the industry.”

With fame, comes success; however, it also brings its fair share of criticism. Many people online have taken shots at the rising social media star, questioning his decision making and his overall persona that he embodies on the internet. Gianluca Vacchi does not let these comments faze him as he had stated that he does whatever makes him happy. “People who don’t laugh are not serious people.” He adds that he will never intentionally disrespect anyone, however, disregards those who complain about him only because it does not align with their idea of normality.
This newly found success opened the door for him to express his artistic nature, and pursue his desire to be a DJ. Vacchi and his family have been brought up in a musical lifestyle, all of whom play the piano, therefore music was always a part of his identity. He took it upon himself to express his talents with his fans and reach a new level in his life. “Popularity can give me a stage, but then I must deserve to stay on that musical stage.”

His various ventures paired with his personal life add up to his daily schedule and he continues to add more to it. Vacchi and his partner, Sharon Fonseca, have recently introduced a baby girl, Blu Jerusalema, into the family. Despite being a busy businessman, musician and father, he commented on how delegation of work is a key attribute to his success. Along with that, being able to dream big, to allow yourself to push forward and feel that you can achieve something bigger than what you already have is another of his key attributes. To put it in his own words: “If you can dream it, you can do it.”

Gianluca Vacchi is clearly a man that goes against all generic, societal norms when it comes to work ethic, entertainment and way of life; yet why should that matter when all that he does brings joy into his life and his millions of fans? His larger than life persona may give one an insight into his daily affairs and what you may assume it is like to be Gianluca Vacchi, but he does not forget his roots. As part of his life philosophy, he believes that you must be responsible in your decisions as ultimately you will be alone to do them. Inscribed on his body are the words ‘The Hermit’ which pays homage to the countryside home he lived in by himself. It is what inspired the philosophy that he has outlined with regards to responsibility. He also pays tribute to his father who he believes is one of his biggest inspirations in his life. As a parent figure, he was very strict with Gianluca’s decisions until he was of a mature enough age to be responsible. Gianluca mentioned how his strictness helped him to be shaped into the man he is today. “He was a strong man, but everything I was doing, I was doing for him.” His respect for his father led him to even tattoo the final words of the final letter his father sent to him.

With his social media lifestyle being a mainstay in Gianluca’s life for the foreseeable future, the world of entrepreneurship has not fizzled out of his life entirely. Currently, he is working with a company called ‘Cashback’ that creates special agreements with a number of companies. Through these agreements it allows for a savings platform to send cash back to your account when you purchase from select retail stores that use this system. Through such a scheme, people can become members to gain more out of the system. Apart from his present projects, Gianluca himself states that he does not know what his future has in store for him, but he will do whatever he wants to as long as it “sparks his curiosity and interest.”